Ike, The Day After

Anderson Cooper anchored a special two hour edition of AC360 on Saturday that took a look at Texas on the day after Hurricane Ike. Here's the intro for the broadcast:
Reports were filed by Gary Tuchman in Galveston. This is his interview with a very fortunate couple who decided to ride out the storm and luckily lived to regret their decision:
Rob Marciano also reported from Galveston Island: 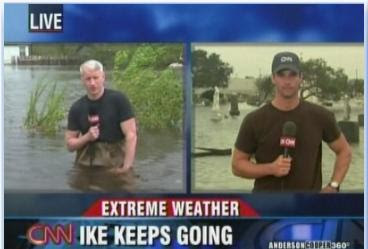 Chad Myers updated us on the storm from CNN's Atlanta Weather Center: 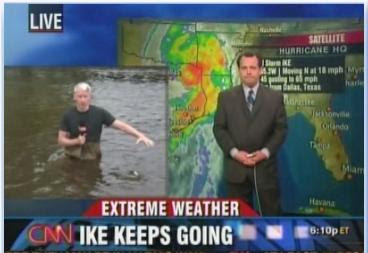 Ted Rollins, reporting on the latest news about the train accident outside of Los Angeles: 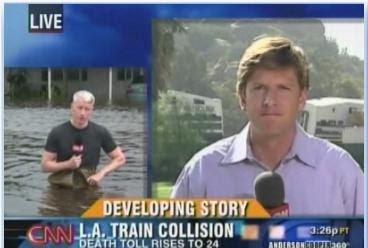 Ali Velshi, reporting from Baytown on damage to the oil refineries and the impact on gas prices: 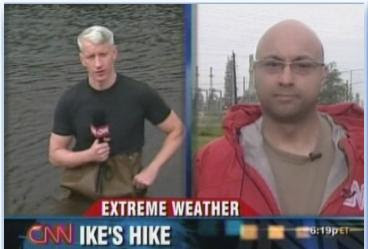 Rusty Dornin talked with AC in Bridgetown about the rescues she witnessed throughout the day: 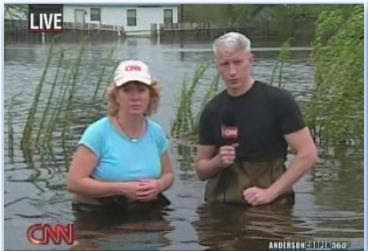 Rick Sanchez was with the Coast Guard rescue team at Ellington Field: 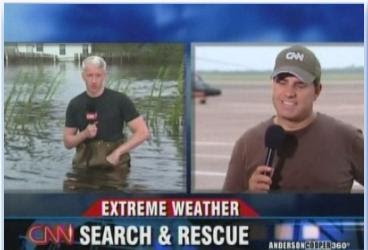 Jeanne Meserve reported on the damage in downtown Houston: 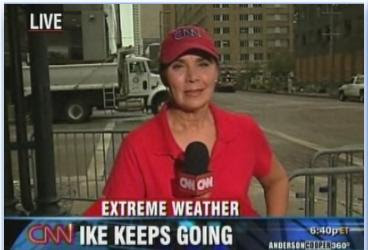 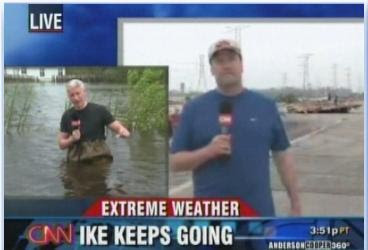 Josh Levs reported from Atlanta on the history of train accidents in the US: 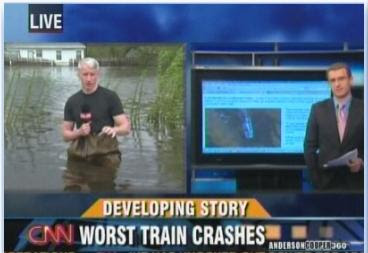 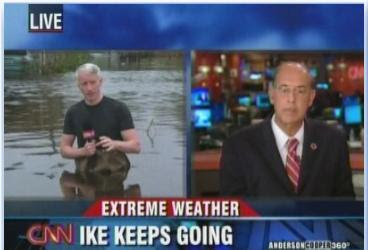 No one enjoys the necessity of special coverage because it almost always follows the occurrence of a catastrophic event. But among the loss and the tragedy there were also a few lighter moments.
Anderson came across a dog while he was standing in the waste deep water. Unlike the dogs that he saw in the wake of Katrina this one was apparently not lost, just accompanying his owner on a rescue mission. Anderson seems a little obsessed with not embarrassing himself and the video landing on YouTube. I, for one, wish he would have taken those extra two steps! Rats and snakes and alligators? Oh my!
So there you have it,a brief overview of the two hour special. Enjoy the rest of your weekend and I hope to see you back here soon. ~Phebe

When commenting please keep in mind...

* We welcome all comments as long as they are respectful to CNN personalities, the bloggers and other commenters.

* Comments that include links to other websites will not be posted without prior approval of the moderator.

* If you have a tip or some news please send it to our address, listed on the sidebar, along with your source. You will be credited (with your permission) if we use the information.

* All comments are posted at the discretion of the moderator.